State of the Foodservice Equipment Industry 2020 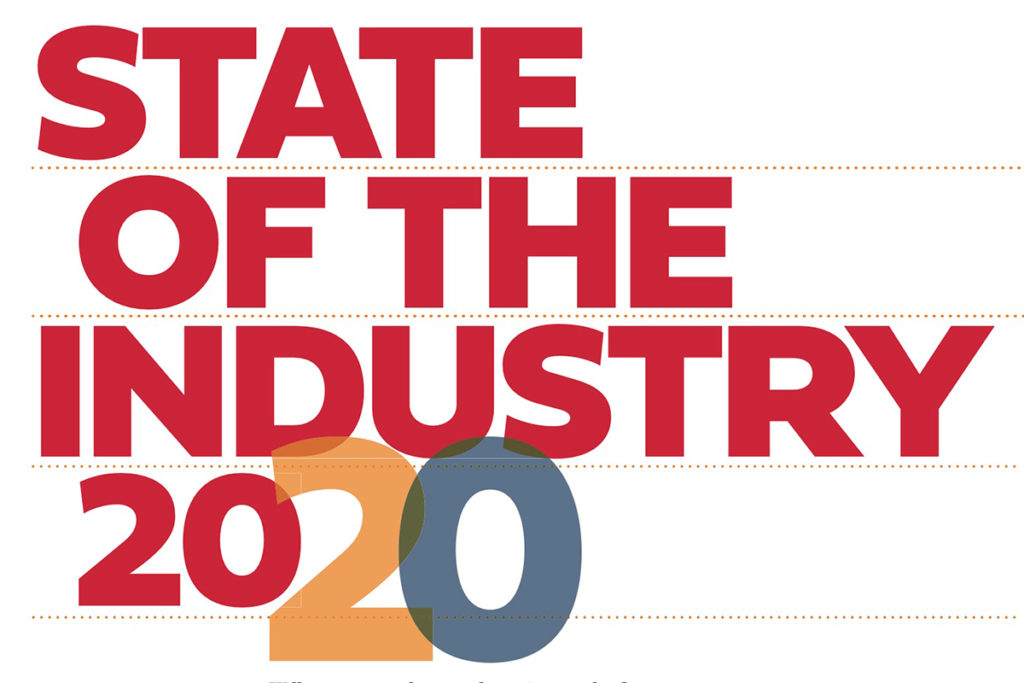 Let’s start with the good news. Despite some red-flag warnings from prognosticators during the past year, most economy-watchers have settled into the notion that the U.S. likely will steer clear of a recession in 2020.

While signs for a recession in the future still are present—among them, a record-setting economic expansion that hit 126 months of growth in December— the National Restaurant Association’s Hudson Riehle says recession at some specific point is not a given. “There really isn’t a definitive point whereby an economic expansion ends,” says Riehle, senior vice president of the association’s Research and Knowledge Group. “There are countries that have had economic expansions of over two decades.”

That said, the reality for the restaurant industry is that while there will be sales growth in 2020, it is expected to trail last year’s already-modest growth slightly, continuing a yearslong trend.

“We expect a slight slowdown this year, and there are a couple of reasons for that,” says Pawlak. Looming—albeit at bay for now—concerns about a future recession are one reason. “We’re going into an election year, which adds uncertainty on top of that,” Pawlak says. “As consumers become more jittery, they’re thinking about retail more than going out to eat or spending $30 on their Chipotle meal from Uber Eats or Postmates or DoorDash.”

All of that adds up to a downtick in sales growth: Technomic’s early estimates predict real growth of 1.1% in 2020 compared with 1.3% in 2019. While numbers predicting unit growth for 2020 weren’t available at press time, Technomic notes that units overall have been pretty flat—with positive net units in limited service offset by a decline in full service units.

Consecutive years of positive sales growth for the restaurant industry.

Percentage of all restaurant traffic that is off-premise, including carryout, delivery, drive-thru, curbside and food trucks.

Let’s take a closer look at the tea leaves industry-watchers are reading to forecast 2020:

Fast casual is maturing and becoming bigger, so it’s tougher to get the double-digit percentage growth we’ve seen in the past. Limited service, and particularly quick service, will continue to grow though because, when consumers are jittery or uncertain, they trade down.

The bad news, which will come as a surprise to exactly no one, is that labor will continue to be a top concern for operators in 2020 and beyond.

“As long as the economy keeps growing—even if at a slower pace—and labor markets remain tight, restaurant operators will continue to struggle with finding and keeping enough qualified employees in the new year,” says Victor Fernandez, vice president of insights and knowledge at the foodservice industry data analysis firm TDn2K.

Even if unemployment ticks up half a percent, operators still are going to have problems, Pawlak warns, because other factors are compounding the situation. For one, the gig economy means that for many people, especially young people, getting a job in a restaurant industry is far down on the list. “As long as I have a car that’s functioning and meets the criteria, I can be an Uber driver. And that’s sucking some of the wind out of the labor pool for restaurants,” he says.

Add to that legislation mandating a $15 minimum wage in many parts of the country, and that leaves operators looking more and more toward technology to address labor shortcomings and figure out how to be more efficient with fewer people.

One interesting phenomenon showing up in quarterly snapshots of the past year is the dynamic of rising sales amidst falling traffic. “We’re seeing higher menu prices, which is happening because of labor,” Pawlak explains. “But then we’re also seeing higher transaction costs, so consumers are spending more per transaction.”

Some of this, he says, is being driven by the rise in delivery. For example, some operators are charging a price premium on menu items for delivery.

“As long as the economy keeps growing—even if at a slower pace … restaurant operators will continue to struggle with finding and keeping enough qualified employees in the new year.”
—Victor Fernandez, TDn2K

Another factor: One person at home or in an office may order food delivery for three other people who pay him back via an app. That’s one transaction versus four if they all were ordering separately at the restaurant. “Maybe we’re still feeding the same amount of people, but just the number of actual transactions is down,” says Pawlak.

This new reality is causing at least some operators to shift how they define and measure traffic. Pawlak says he’s talked to at least one CEO at a sandwich company with a significant delivery business who has begun tracking the number of sandwiches sold rather than transactions. While his traffic was down, the number of sandwiches sold actually was up.

Full service has been hurting for years because of a number of consumer dynamics. These operations need to reinvent themselves as consumers seek out quality but just don’t have time for a sit-down meal in a restaurant.

Delivery’s impact is being felt in other ways, too. Today, the National Restaurant Association reports that over 60% of all restaurant traffic is off-premises, including carryout, delivery, drive-thru, curbside, even food trucks. That trend is expected to continue, with off-premises traffic posting stronger growth than on-premises over the next decade.

“The basic paradigm of what constitutes a restaurant today is rapidly changing,” Riehle says. And he says the implications for restaurant kitchens and equipment purchases already are being realized:

With the economy expected to be a little jittery, consumers will increase their prepared food purchases from supermarkets. In c-store foodservice, sales are driven largely by beverages-and beverage sales are flat with steep competition coming from fast food operators and other players.

“Money’s cheap. Valuations on a lot of restaurant chains are low. …Right now, the whole environment just lends itself to having more and more private equity getting involved and making acquisitions.”
—Joe Pawlak, Technomic