Industry Pros Sound Off On the Impact of COVID-19 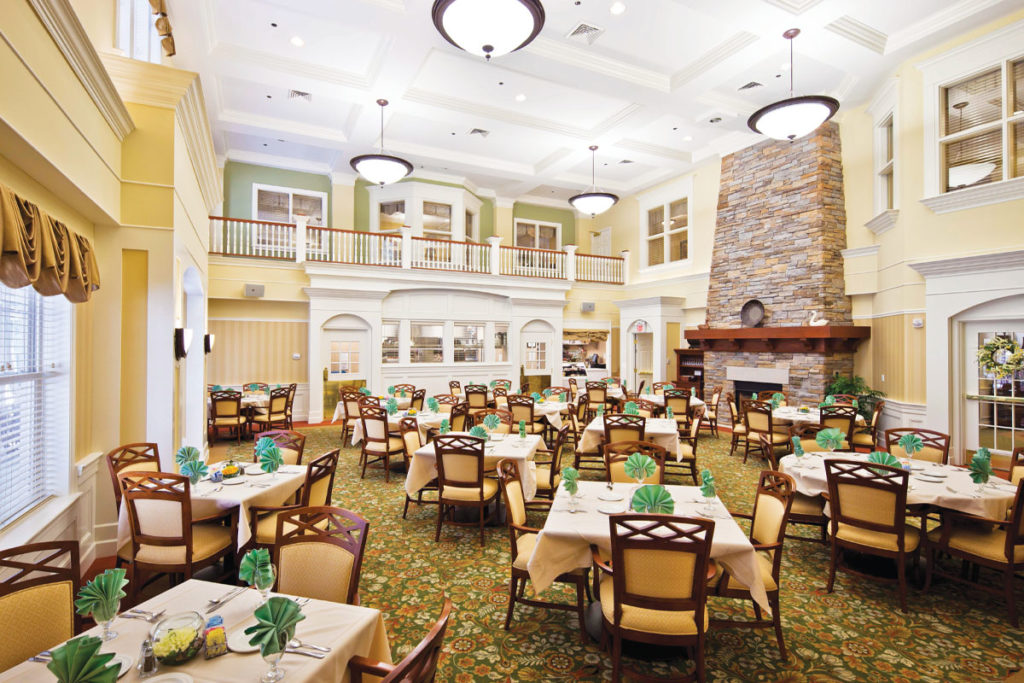 As the industry battles with the fallout from COVID-19, we checked with various sectors at different points to see what day-to-day is like for them. We talked with an operator in the senior-living segment—a group serving a population that’s particularly vulnerable to the pandemic—as well as a dealer and a service agent.

While COVID-19 continues to ravage the commercial side of the industry, kitchens at senior-living facilities remain busy as ever. The residents, after all, still have to eat, and cooking for themselves is often not an option.

Good thing those who serve these vulnerable populations are prepared for such scenarios.

“We’re used to this,” says Harris Ader, founder and CEO of the Senior Dining Association. “Not on this scale; not of this magnitude. We’ve gone through flus; we’ve gone through H1N1. We have more protocols than any other noncommercial foodservice sector.”

For instance, SDA member John Andrews, division director of culinary and nutrition services at senior community operator Ohio Living in Columbus, Ohio, says within 24 hours of his state closing all on-premise dining, his staff members were delivering hot meals to all the residents in their 12 communities.

“Our staff had to act fast to set up somewhat of a modified menu in some cases; in some cases, we didn’t need to make a change at all,” he says.

He says that some of the campuses needed to order more trays to keep up with the demand, but for the most part, it was a smooth transition.

But as the pandemic stretches out in the weeks ahead, Andrews wonders about the long-term ramifications for his operation.

“Will it be that people are eating in their rooms more? The answer is probably yes,” he says. “Maybe it’s going to be a fact of life going forward. We’d have to be able to handle it on a moment’s notice. Having the right equipment now—like the right carts, the right lids and thermal-heated bases—is important.”

With that in mind, Andrews says he is pricing out induction-heated trays, which he says could help maintain a dignified culinary experience for delivery.

While things weren’t too bad when we talked with Brad Wasserstrom, president of The Wasserstrom Co., in mid-March, he told us he saw those dark clouds gathering on the horizon. Quickly.

“I have increased sales right now on all kinds of cleaning supplies and disposables. The things you might expect,” he said. “On our online site [in early March], we started running through a lot of those types of items. I suspect a lot of that is general public sales.”

His restaurant clients who are traditionally set up for takeout and delivery orders also stocked up on disposable takeout packaging.

The company typically increases inventory to avoid slowdowns associated with the annual Chinese New Year. This year, that meant it was able to continue to fulfill orders even when Chinese factories had to halt production as a result of the coronavirus, which happened to strike in the U.S. around the same time as the holiday.

Wasserstrom said, soon after Ohio announced the mandatory closing of dining rooms, his sales staff started getting a few cancellations. He said the higher end was being hit the hardest. “I have customers that just don’t do delivery. They believe their food and experience don’t translate to travel. They’re shuttering restaurants right now.”

“Will it be that people are eating in their rooms more? The answer is probably yes.”
—John Andrews, Ohio Living

After the coronavirus forced restaurants, schools and other institutions across the globe to close, we were curious how service agents were dealing with the crisis. EMR, a Baltimore-based service and repair company, told us in mid-March it had seen some early decline.

“We haven’t come to a screeching halt, but we’ve definitely noticed a little bit of a slowdown,” said EMR President Caroline Kauffman-Kirschnick. “But with restaurants that are able to do deliveries and drive-thrus, I think [we’re] going to stay reasonably active.”

Additionally, even closed restaurants will need to stay on top of refrigeration care as their products need to be maintained, she said.

When it comes to employees, EMR ramped up communications regarding best practices for staying healthy, and reminding them of existing safety protocols. Kauffman-Kirschnick said she also reminded service agents to practice mindfulness, and take a break from all the media.