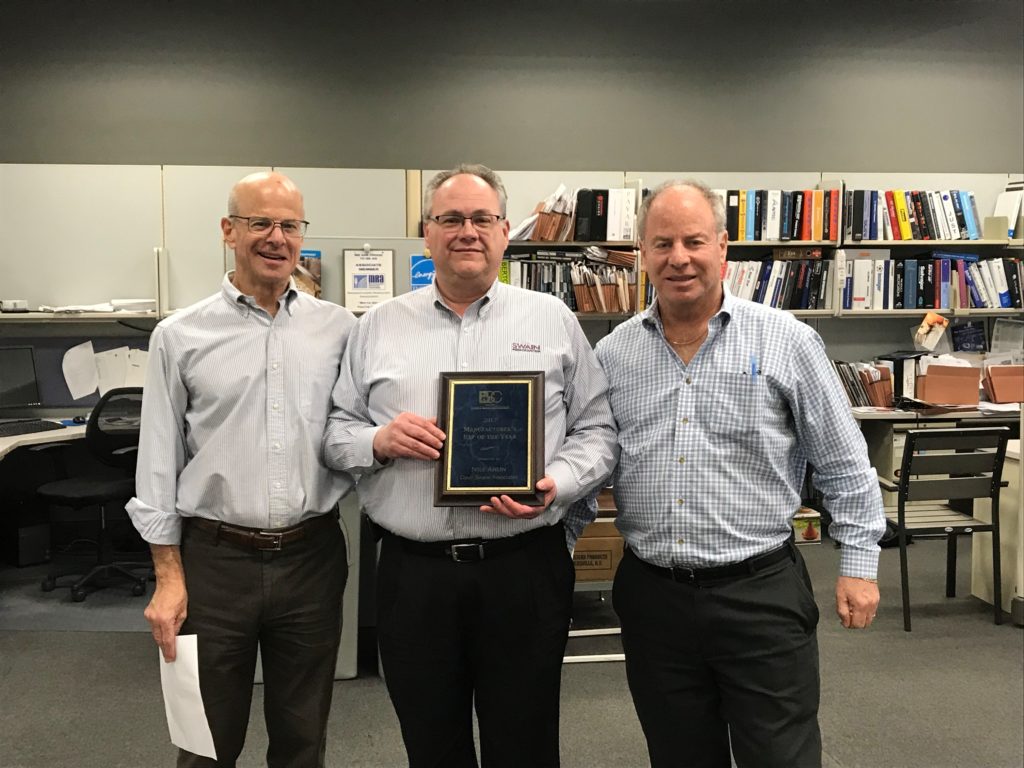 Boston Showcase Co. has presented Nils Ahlin of Dave Swain Associates with its first-ever Manufacturer’s Rep of the Year Award. The 2017 honor, voted on by Boston Showcase employees, cited Ahlin was the year’s winner based on his reliability, responsiveness and availability to staff.

The family-owned and -operated dealer cited Ahlin for helping increase the volume of several key manufacturers in recent years. Boston Showcase President Alan Starr says of Ahlin, “I don’t know if you have other customers and I’m sure you do, but you make us feel as though we are your only one.”

Founded in 1913, Boston Showcase provides equipment layout and design services on new and existing restaurant and foodservice operations, as well as daily equipment, tabletop and supplies deliveries to the greater Boston area. It reported 2016 sales of $28.7 million for FER’s Top Dealers.