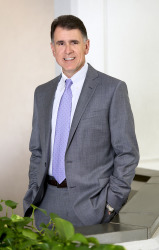 Scarfogliero, who has served as president and COO since 2009, joined Winholt in 1993 as v.p.-operations and IT. Prior to that, he led operations, distribution and technology for two major U.S. consumer electronics companies.

Winholt Chairman Jonathan Holtz affirmed that Scarfogliero has played a major role in the company’s growth since becoming president and COO in 2009. “With Dominick’s leadership skills, he has built a strong team around him and one of my greatest satisfactions has been seeing the quality associates we have do outstanding work and grow within our organization.”

Winholt is headquartered in Woodbury, N.Y., and has facilities in California, Pennsylvania, Texas, and China.