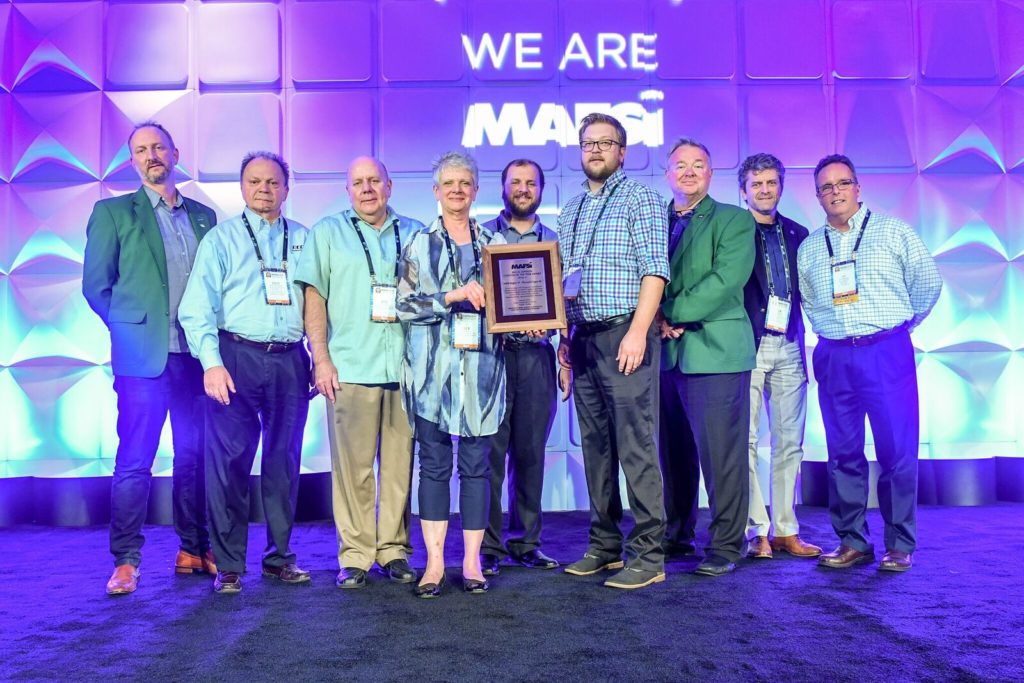 The Manufacturers’ Agents Association for the Foodservice Industry honored its own, both reps and manufacturers, with biennial awards during the group’s 2018 conference last month in Naples, Fla.

During the January 26 reception, awards were presented to 19 MAFSI members, one MAFSI chapter, and one non-member with awards demonstrating leadership, as nominated by their peers. Two new awards honoring rising stars among manufacturers and reps recognized emerging leaders, age 40 or younger, whose record reflects ongoing and exceptional growth in contribution to the profession, and increased levels of leadership and responsibility.

Special Recognition, for leadership and exemplary to the success of their regional chapter: Stephanie Perry, Permul Ltd., MAFSI Region 26 – Canada

Market Mover, for individuals or organizations that demonstrated leadership qualities that are significant to the advancement of the representative function and foodservice industry:

Pacesetter, for individuals who work for MAFSI representative member companies only for demonstrating the highest degree of devotion and distinguished service in conjunction with MAFSI projects and activities:

Tony, MAFSI's summit award, named in honor of Anthony E. Mazur and bestowed upon an individual MAFSI member rep who has consistently performed and demonstrated sincere interest, effort, and leadership, to the association’s welfare and progress:

MAFSI’s membership is comprised of more than 270 independent sales and marketing agencies and 260 manufacturers of foodservice equipment, supplies, tabletop, furniture, and/or janitorial and sanitation supplies and equipment.