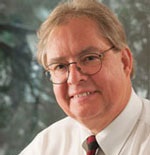 As most of you know, John Muldowney, our Research Associate and the Principal at Clarity M&A, is my partner in developing—I usually say creating—our forecasts of the foodservice equipment and supplies market. We presented a forecast update in early June, and I think you’ll find interesting the debate we had about what to do with the forecast for 2018.

When we looked at all the data from the first quarter, there was a major contradiction. The public equipment company numbers improved, hitting their highest level in five quarters, with growth of 3.4% on an organic basis. But the MAFSI Business Barometer came in at only 1.5% with equipment at an even more paltry 1.4% growth. Our forecast for ’18 on a current dollar basis, which John and I revised downward last November, is 3.4%. This disparity created a quandary.

The other data, forecasts and anecdotal input we had was nearly all positive. The big chains, led by but not limited to McDonald’s, are doing better. The NRA’s Restaurant Performance Index remains in expansion territory. Its two capital spending indicators are very positive. Technomic Inc. released its revised ’18 forecast and preliminary forecast for ’19 during the NRA Show. They bumped up their forecast for ’18 by half a point to 4.1%. And in discussions with manufacturers, most told us the E&S market suddenly picked up in April and sales remained strong through May and June.

So, what to do with our 3.4% forecast? I argued we should take it down. As I told John, the MAFSI Business Barometer would need to run at 4% a quarter the final three quarters of the year to get us a moving average of 3.4%. And the reps’ forecast for the second quarter is only 2.2%. I always like us to be conservative in our forecasts. No one ever yells at me if things turn out better than we predict.

John, on the other hand, argued that we should leave our forecast alone. As he pointed out, a forecast just signals trend and direction. And the trend is clearly for an improved market.

So after much back and forth over a couple days, we decided to follow John’s advice, and leave the forecast alone. We didn’t change anything for ’19 and beyond either.

We’ll take another, more in-depth look when we prepare all the numbers for our annual President’s Preview E&S Market Forecast. I’m sure John and I will have more interesting debates on the way to the new forecast. We’ve set the dates for August 7 and 8, beginning at 10 a.m. CDT each day. Registration for the event, presented by webinar and recorded for future viewing, is open. You can find registration information on our website at fermag.com/events/223-fer-2019-president-s-preview-e-s-market-forecast. Even if you read this after the webinars, you can still buy the forecast and view them. It’ll be fun, as always.