SHFM Comes Together For Annual Conference 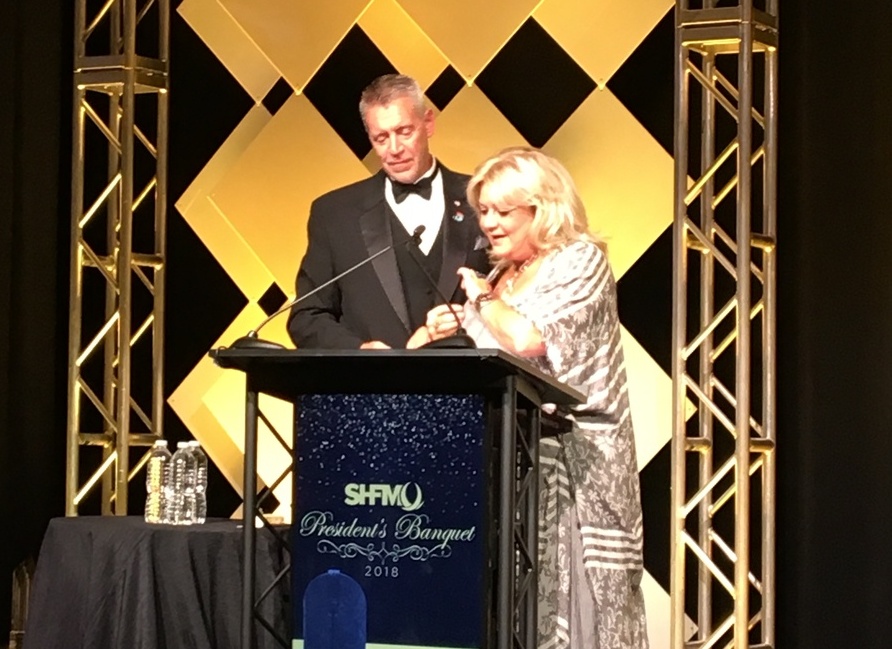 Nine executives in the corporate foodservice and workplace hospitality industries were honored and nearly 400 more came together to learn and hone their skills at the Society for Hospitality & Foodservice Management’s 39th annual National Conference, September 25-27, at the Omni Fort Worth Hotel in Texas.

The conference, themed “Food: The New Frontier,” included educational sessions on foodservice disrupters, the future of food, and sustainability, as well as the Innovation Showcase and many networking events.

In the spirit of giving back, attendees participated throughout the conference in such activities as a hunger awareness initiative benefiting Dallas’ Equal Heart, and a silent auction, which raised funds to promote and educate college students on the merits of on-site foodservice and hospitality. In a scholarship showdown during the opening party, attendees voted on their favorite dish from several students; each student earned a scholarship from the SHFM Foundation.

SHFM closed out its conference at the President’s Banquet, where four top award recipients were announced. Rob Geile, V.P.-Consultant Services at Ali Group was presented with the Robert Pacifico Award, in recognition of extended, exemplary, and dedicated service to the Society and the corporate foodservice and workplace hospitality industry.

The banquet also saw the presentation of five previously announced Directors’ Awards for going “above and beyond” to serve SHFM and better the industry:

SHFM is headquartered in Louisville.