Back Story: A Dropped Opportunity

Hindsight, as they say, is 20/20. Still, it’s true that a quick phone call earlier in the day could have saved an Austin, Texas, pizza franchisee a good $1,500 in parts and many hours of fruitless labor.

The case happened more than a decade ago, but it remains fresh for David Duckworth, Director of Corporate Operations for Commercial Kitchen Parts & Service, San Antonio.

“I got a call on a Saturday at 7:30 p.m. from the franchisee’s in-house maintenance tech,” says Duckworth, who at the time worked as CKPS’s general manager in Austin. “He was at his wits’ end. He’d been working on an overheating conveyor oven since early that morning. No matter what he did, the oven would work for a while and then overheat again.

“The tech told me he’d changed the ignition module, the solenoid, the temperature probe, the temperature controller and even the combination gas valve,” Duckworth says. “He finally called CKPS because our company sold equipment parts to the franchise group’s maintenance firm, and we had helped them out from time to time.”

When the tech reached the end of his long list of actions, Duckworth, who believes in a step-by-step approach to perplexing issues, asked him to stop and take a step back. “I wanted to know why he was called to the repair in the first place and what he did first when he started working on the conveyor oven,” Duckworth says.

The store manager reported that the oven was making a loud buzzing sound, the tech told Duckworth. The first thing he did was open the control box. The solenoid valve coil was indeed buzzing, so he replaced it. It was after that the temperature problem started.

Duckworth, who had undergone manufacturer training for that particular unit and also had serviced quite a few conveyor ovens over the years, considered the information. Then he asked one question: “Did you put the orifice back in the bypass tube?”

Silence on the line. “What orifice?” the tech asked.

“The orifice that goes into the crossover tube for the solenoid valve,” Duckworth answered.

Duckworth described a pea-sized, mushroom-shaped part that fits at the top of the gas pipe to regulate gas flow. “Without the orifice, the burner flame will never reduce to the low flame needed when the oven is on standby setting. Over time, instead of maintaining the low heat, the temperature of the unit creeps higher and higher and, eventually, the conveyor shuts down for safety,” Duckworth explained. “If you don’t know it’s there, the little cap will fall out when you change the valve, and you won’t even realize it.”

Duckworth asked the tech to feel around in the bottom half of the oven compartment. “I heard a few choice words when he found the orifice and put it back in place,” Duckworth says. “The tech was correct in changing the solenoid valve, but by dropping the orifice, he cost his company some large fees in parts, labor, and oven downtime.” 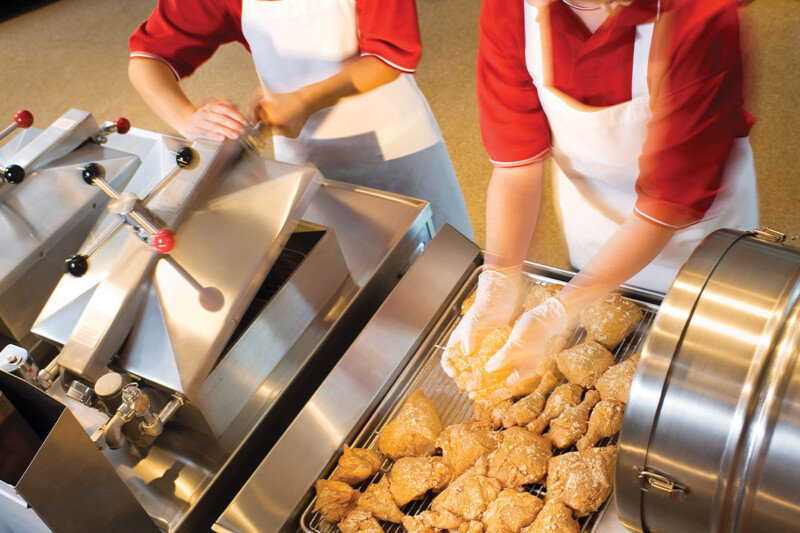