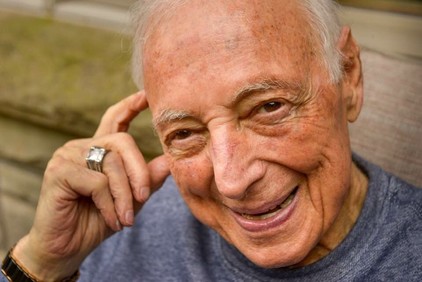 Jerome Segal, a Pittsburgh native who developed the first quick-disconnect gas connector for the foodservice industry, died November 28. He was 89.

In 1955, Segal became president of Dormont Mfg. Co., then a small pipe fabrication shop. Fifteen years later, he invented the flexible stainless steel gas-appliance connector and in 1972—in collaboration with McDonald’s—developed the first quick-disconnect gas connector for the foodservice industry.

Citing his inventions for improving the safety of all gas appliance installations, Segal was recognized by the Gas Appliance Manufacturers Association with a Lifetime Achievement Award.

After Dormont was sold in 2006, Segal retired and focused on oil painting. He is survived by his wife Monica; three sons; three stepchildren; eight grandchildren; and a sister. His full obituary can be found here.

Services have been held. In lieu of flowers, donations can be made to the Jewish Community Center of Pittsburgh, 5738 Forbes Ave, Pittsburgh, PA 15217 or the Animal Rescue League Shelter and Wildlife Center.