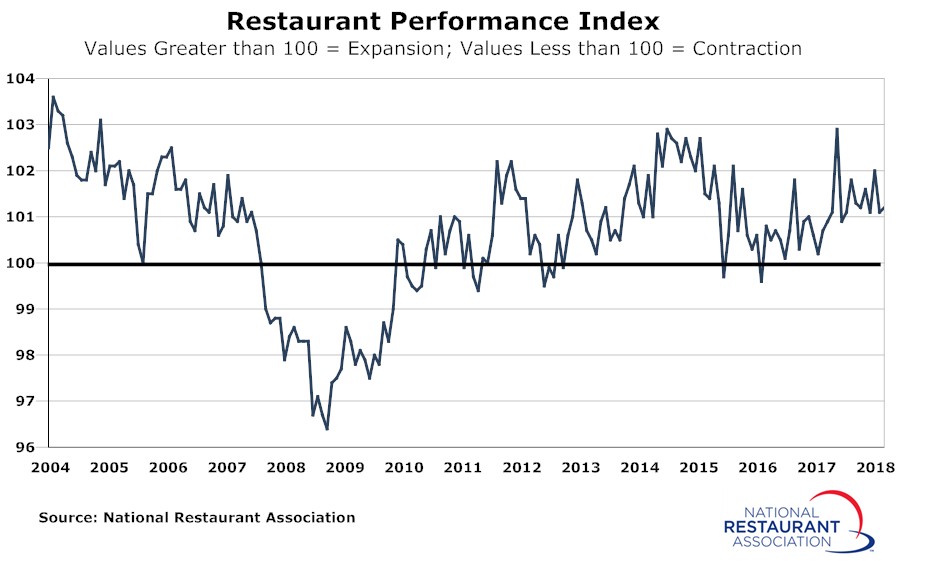 November’s numbers were driven by the 61% of operators reporting high same-store sales compared to November 2017, making it the 13th consecutive month of a net increase in same-store sales.

Traffic was stronger too, with 44% percent of operators reporting growth in customer traffic between November 2017 and November 2018, up from the 37% who reported a traffic increase in October.

As sales were up, so too was capital spending. After surprising declines in October, the RPI’s two capital-ex indicators rebounded. The marker tracking operator purchases during the past three months rose 1.8 points to 102.4, while the one following operator intentions to purchase during the next six months jumped 1.3 points to 101.8.

But the Expectations Index sagged slightly as operators expressed dampened outlooks on sales, labor and business conditions. Just over a third of operators—35%—expect to see higher sales in six months compared to the same period last year, a slip from 41% in October. The outlook for future business conditions fell to 99.5, below the tipping point.