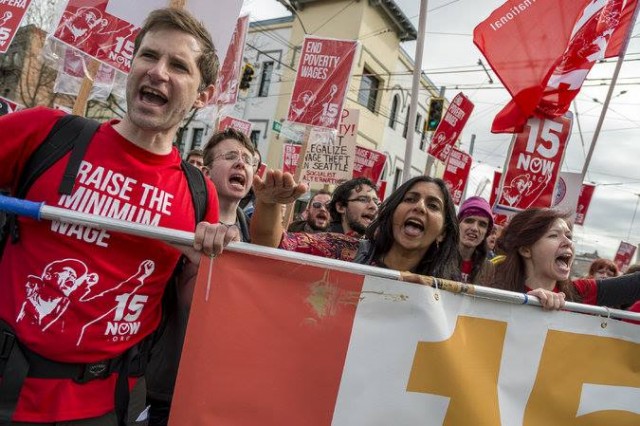 Congressional Democrats are planning to introduce legislation raising the minimum wage to $15 an hour, but the move has a serious economic impact, according to a new study from the nonpartisan Congressional Budget Office.

The CBO found that raising the federal minimum wage from its current $7.25 an hour to $15 an hour “would likely” eliminate roughly 1.3 million jobs and potentially as many as 3.7 million. On the other hand, such a raise would also push 1.3 million Americans out of poverty and boost wages for 17 million and perhaps another 10 million who currently earn $15 an hour or more. When the CBO looked at minimum wage increases to $10 and $12 an hour, it found that both the costs and benefits are lower.

The foodservice industry has urged lawmakers to consider regionality, arguing $15 in Alabama is different from $15 in California. At the state level, 29 states already have minimum wages higher than the federal standard, and a number, including, California, New York, and Illinois have already legislated increases to $15 an hour.