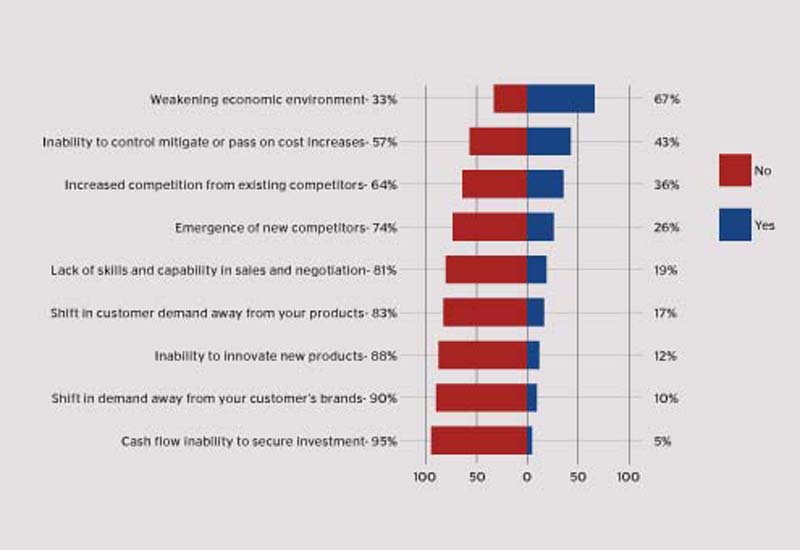 Despite continuing uncertainty caused by Brexit and the election of Boris Johnson as the country’s new prime minister, the British foodservice equipment industry is optimistic about economic growth over the next 12 months.

The latest quarterly business study by the U.K.’s Catering Equipment Suppliers Association found 80% of its members expect their sales to increase during the coming year. Additionally, most companies reported that sales were up compared to the previous 12 months.

CESA is the U.K.’s largest membership association for companies involved in the manufacture, import and export, distribution, installation, and servicing of commercial foodservice equipment. Distributors and manufacturers each made up 39% of survey respondents.

More than 70% of survey respondents expect to benefit from forecasted sales growth. Despite that optimism, a weakening economic environment remains the greatest concern for 77%. A nearly equal percentage—74%–cited worries over the role of the U.K. in Europe. October 31 is now the final deadline for Britain’s exit from the EU.

And cited as the most important drivers for growth over the next 12 months are increased sales to new and existing customers and product innovation. Expansion into new geographical areas, a big focus for Brexit campaigners, is at the very bottom of the list of growth drivers.

The results of the survey, which took place at the end of Q1 2019, are published in CESA Outlook, a newly re-engineered version of the CESA Business Barometer.