IHOP Has Alot on Its Griddle 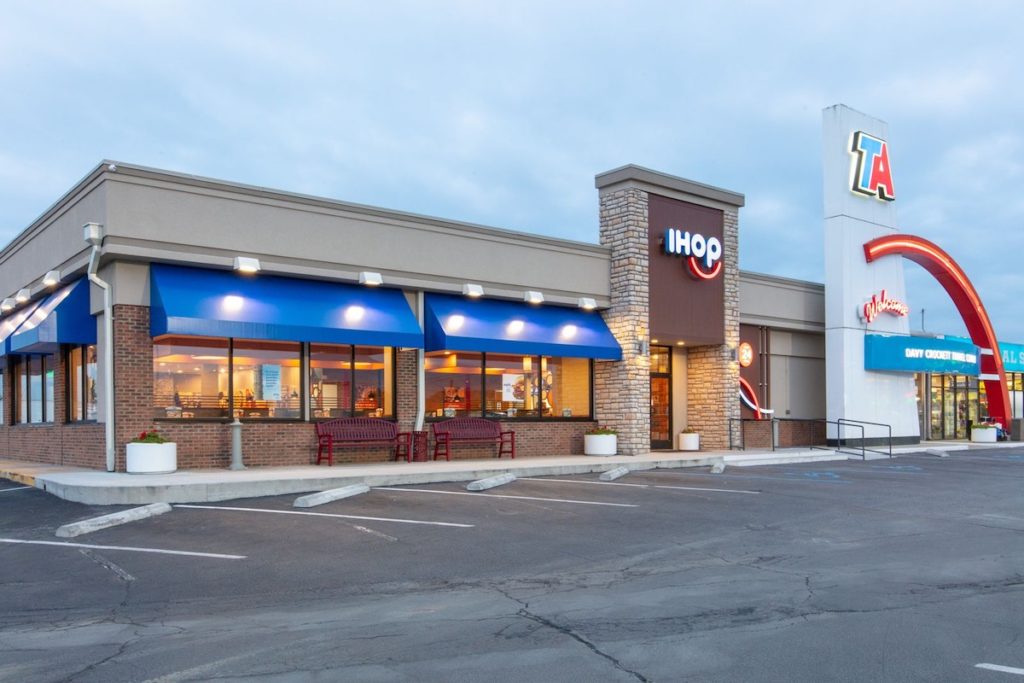 IHOP announced major new deals this week, which could see as many as 109 new locations in North America.

The iconic brand, a subsidiary of Dine Brands Global, entered a franchise development deal with  TravelCenters of America Inc. The two companies plan to open 94 IHOP restaurants over the next five years in TA- and Petro-branded locations across the United States.

This is the largest development deal in IHOP’s 61-year-old history, according to a press release the companies issued. Currently, there are four IHOP restaurants in TA’s travel center network, including one that opened this week in Jackson, Georgia.

While the IHOP restaurants in this portfolio will be operated by the TA Restaurant Group, the new locations will offer IHOP’s s full menu, including buttermilk pancakes, oversized omelets, burgers, chicken and more.

“IHOP and TA’s missions and cultures align,” says Barry Richards, president and chief operating officer of TravelCenters of America. “An important part of our restaurant strategy is focusing on growing our partnerships with trusted brands like IHOP that appeal to broader audiences, and today’s agreement will enable us to accelerate that process.”

Additionally, IHOP announced a development deal north of the border. It plan to open 15 stores in Canada.

The new locations are expected to create approximately 900 jobs and contribute up to $15 million to the construction industry in the Greater Toronto Area, according to a statement.