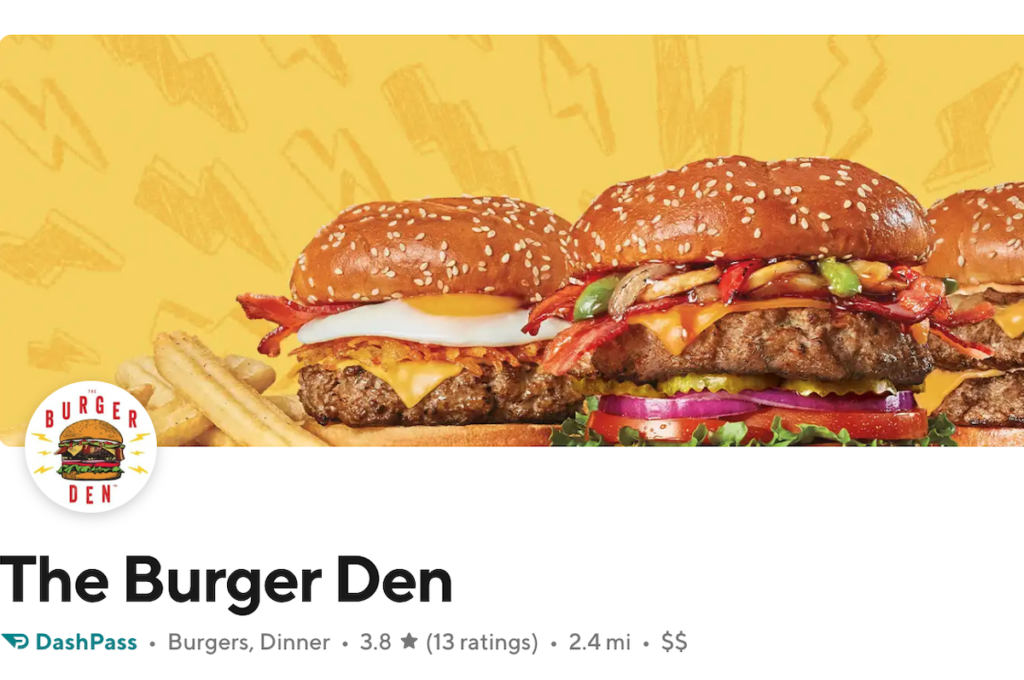 The Burger Den, one of two new virtual brands for Denny's, drove revenue during off-peak hours to the tune of $900 a week per unit, executives said.

Denny’s, traditionally known for its Grand Slam and other around-the-clock breakfast offerings, reported its first round of earnings to include its virtual brands on May 4.

During the Q1 earnings call with investors, Denny’s CEO John Miller said he was “encouraged by the stickiness of [Denny’s] off-premise business as dining rooms have reopened.” Despite easing restrictions, Miller said convenience will remain a focus for the brand.

“We’ve been pleased with our ability to retain off-premise sales, which have been more than doubled since the start of the pandemic,” he added.

The Burger Den, Denny’s first virtual brand with a self-explanatory moniker, rolled out at over 1,100 domestic locations between February and April. According to data shared by Denny’s CFO Robert Verostek, The Burger Den netted an average weekly sales volume of $900 per unit. Initially, Denny’s set a success criteria of $650 in weekly sales per restaurant, according to Miller. 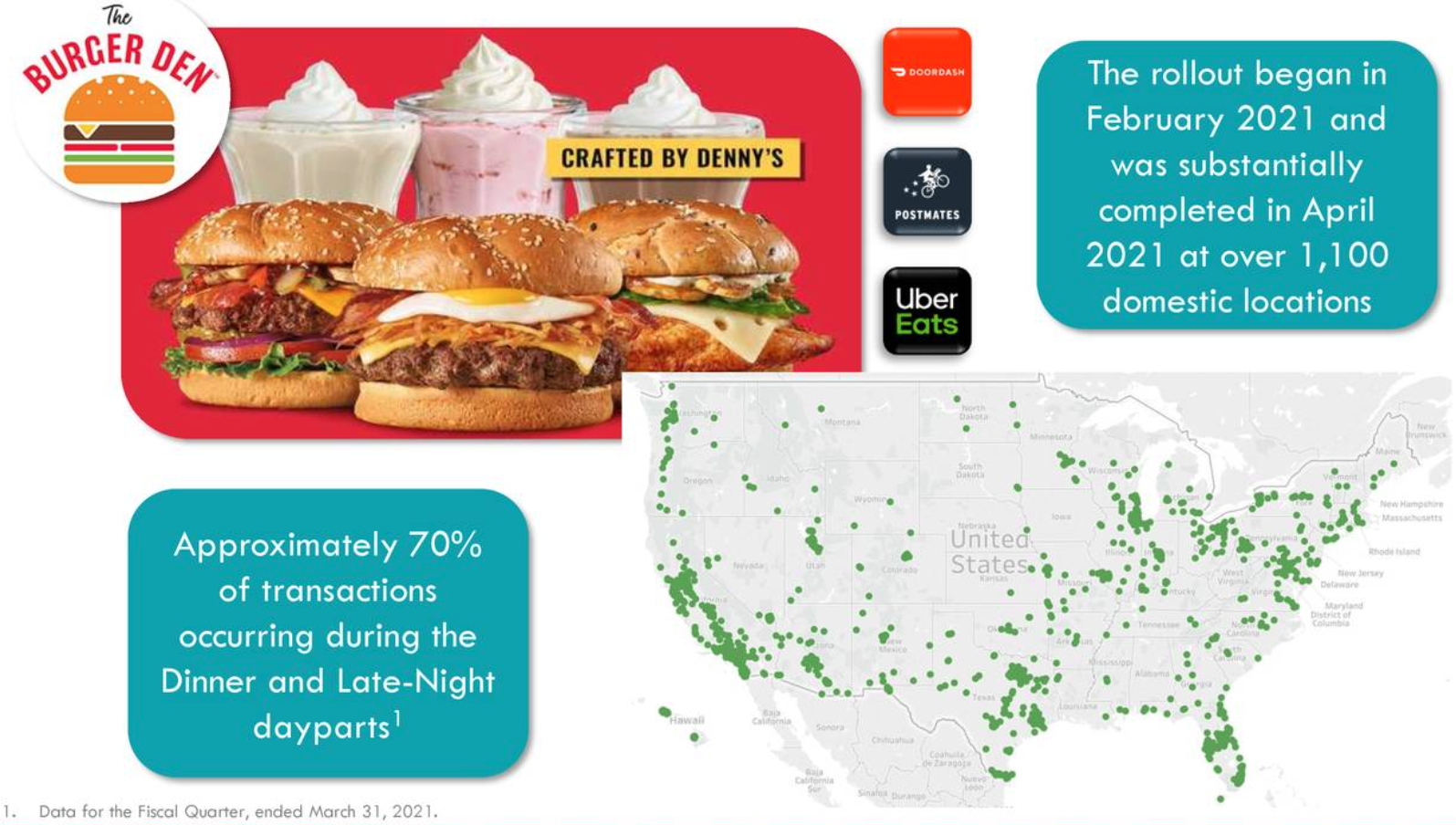 A slide from Denny’s Investor Presentation offers detail on The Burger Den.

Denny’s second virtual brand, The Meltdown, started a phased rollout in April, with more locations to come in Q2. It offers sandwiches such as a grilled cheese as well as veggie, meat and breakfast melts via DoorDash.