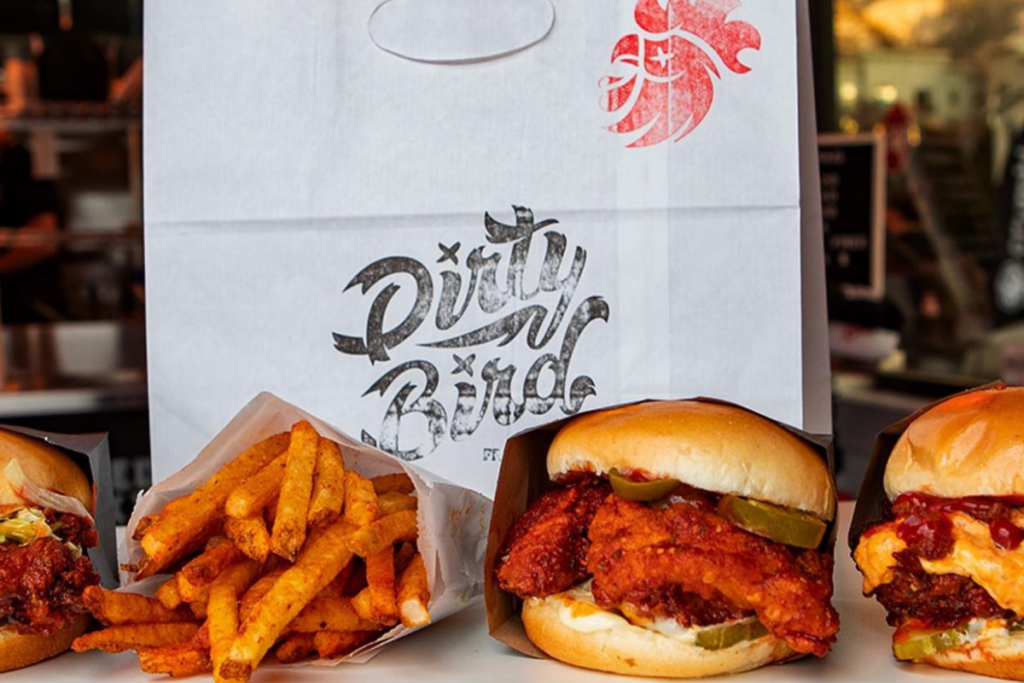 Dirty Bird Fried Chxx may only have one unit, but the investment firm Wags Capital sees a much bigger future for the Nashville-inspired concept.

The firm announced it was acquiring the brand from The McHenry Group (TMG) and committing $20 million to fuel aggressive plans to scale it and open as many as 30 new locations over the next 12-14 months.

TMG, a restaurant group focused on experiential concept creation, incubated Dirty Bird Fried Chxx and will maintain a minority stake in the company.

“I can’t think of a more perfect fit for the acquisition and growth of the Dirty Bird brand than Wags Capital,” says Michael McHenry, founder of TMG, in a press release. “This deal represents exactly what TMG was founded to do. From concept incubation to brand creation and launching of our first Dirty Bird in a 263-sq.-ft. restaurant to a long line of passionate ‘hot chxx’ lovers, we were able to create a multi-million-dollar brand that promises it will only grow.”

Dirty Bird Fried Chxx is located in Provo, Utah, and according to the brand’s website, its next location is slated for Ogden, Utah.

The CEO of Wags Capital, Aaron Wagner, was excited about the firm’s latest acquisition.

“With a TMG brand in our portfolio and a partnership with McHenry, we now have one of the most disruptive restaurant concepts in the industry within our fold. Dirty Bird Fried Chxx is a hot brand with the best ‘hot chxx’ in the country, combined with rich culture and scalable operations. That’s a hard mix to find. This is a stand-out brand, and we believe the potential is immense,” says Wagner in a press release.