BACK STORY: Lend An Ear 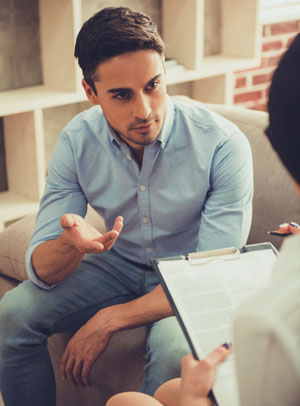 In this business, it’s not unusual for a service technician to encounter clients who, with no clue what’s going wrong with the equipment, become overwhelmed and emotional. So when a call came in to repair a faulty fryer at a restaurant, the tech dispatched from Authorized Commercial Equipment Service, Charlotte, N.C., wasn’t overly surprised to find the restaurant in a bit of chaos despite it being mid-afternoon. And no one seemed to know where the manager had gone.

One kitchen employee let the tech know that one of the fryers was not holding temp. The tech set to work and determined that the fryer was tripping the hi-limit prematurely. The unit was missing the screen that protects the temperature probe, t-stat, and hi-limit. The hi-limit, which shuts off the gas when the oil reaches the set temperature, can trip prematurely so that oil never gets up to temperature or worse, can fail, which means the oil can continue heating until it risks combustion.

The tech set about replacing the hi-limit and the screen on the unit and then asked for the manager as he needed a sign off on the ticket so that he could get to his next call an hour away.

The tech walked outside and found the manager, a young woman in her early 30s, sitting on the curb crying. He immediately sat down beside her and asked her what was wrong. Still sobbing, she explained that her dog had died while she was at work and that her father, who had also recently died, had given her the dog when she graduated from high school. Compounding her personal issues, the kitchen problems tipped her over the edge.

Ironically, the tech identified immediately because he’d just put his best hunting dog down the week before. Understanding that the manager just needed someone to listen to her, he stayed with her and let her cry. After about 15 minutes she regained her composure and returned to work, starting with signing off on the repair.

The next week the tech was called out to the same restaurant for a different issue. When he arrived, the manager recognized him, and hugging him, thanked him for his understanding and for taking the time to help her when she needed it most. She told him that she had told her g.m. and the owner about the tech and his kindness.

That one act of helping someone in a time of need repaid threefold for the company. “This company owns quite a few restaurants, and we’d been hoping to gain their business for years,” says Shannon Sykes, President. “The news spread quickly throughout the community and now we service the entire account.” Turns out great service is professional and sometimes, personal.