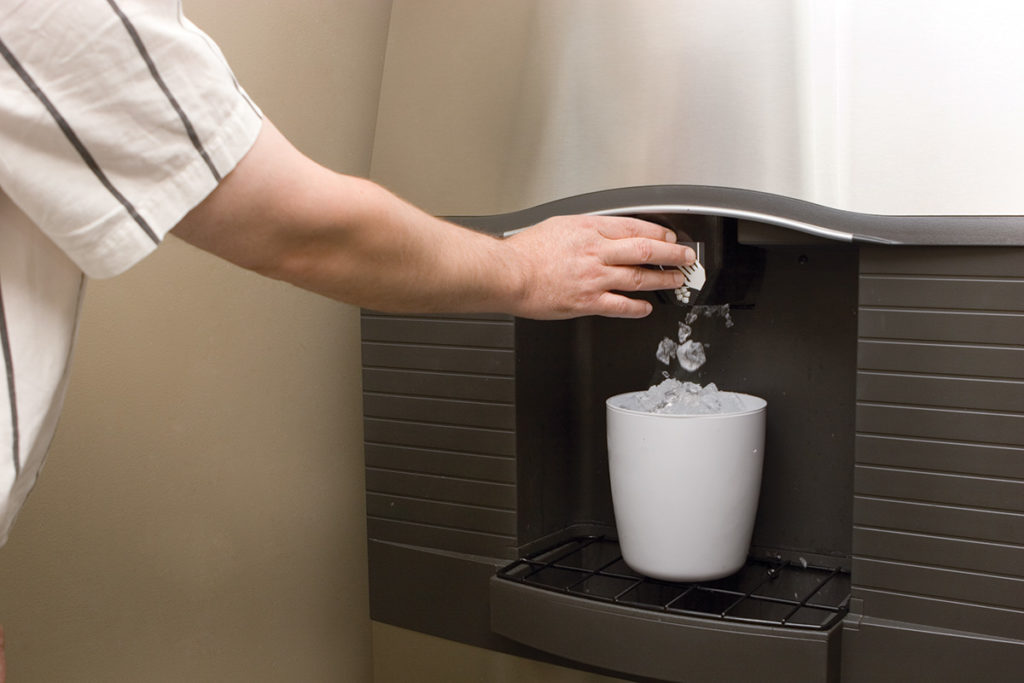 Employees at a corporate office in Massachusetts never really paid attention to the workings of the flake-style ice machine as long as there was ice to fill their cups. Then one day someone noticed a puddle of water on the floor beside the machine. Worried that it might have a leak, they called in the technician to check on things, knowing the equipment was still under warranty.

“I got to the call and started my usual diagnostic routine, but when I put my hand on the machine by the compressor it was smoking hot,” says Garrett Warren, service technician, Joe Warren & Sons, Norwood, Mass. “I knew immediately there was something wrong, so I began to investigate further.”

Warren isolated the compressor electrically, taking off all the wires running to it, and was surprised to find the machine was still running. “That’s when I realized they had it hooked up to two compressors,” Warren says.

This particular ice machine ran off a remote condenser, but had its own compressor. While out for this service call, Warren figured out that the person who had installed the ice machine had tied it into a parallel rack system that had its own compressor. “The machine was using the remote condenser on the rack, but it also was getting fed from the compressor on the rack, which was pushing in too much pressure and caused the suction valve to blow on the internal hermetic compressor,” Warren says. “You never want two compressors running at the same time on the same circuit because they compete with each other.”

It turns out the water on the floor was just some condensation, but it was thanks to that water that the technician was called out to service the machine. Good investigative work on Warren’s part enabled him to trace the blown suction valve back to an installation error. “We installed the correct head, and then sealed off the valves to the rack system,” Warren says. “They had isolation valves, so we closed those, pinched the copper lines and put them back up in the rack.”

Making sure an ice machine is installed properly plays a key role in efficient ice production and longevity of the equipment. “It’s always a good idea to have a trained professional come do the initial installation,” Warren says. “Someone who is familiar with the equipment will understand the proper power and water hookup needs and do what it takes to help you get the most out of your equipment purchase.”

Heritage Parts is pleased to sponsor this month’s Back Story.
To learn more visit: heritageparts.com