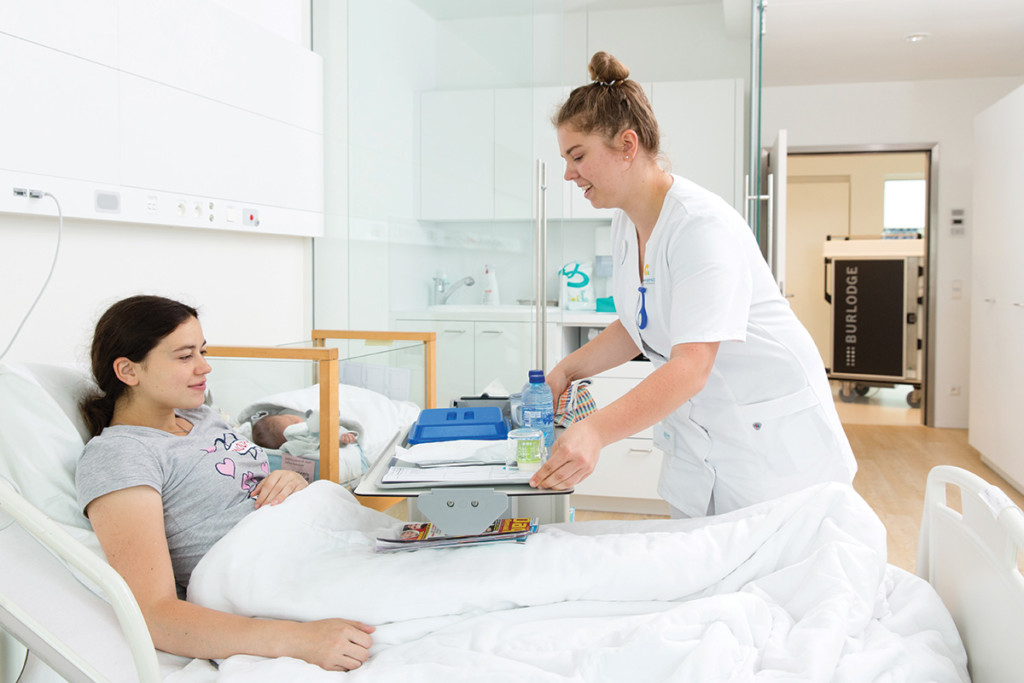 In the past five years, we’ve seen an evolution—maybe even a revolution—in patient feeding in hospitals and long-term-care facilities. New developments in patient meal-tray retherm systems go a long way toward solving foodservice directors’ eternal problem: making sure trays get all the way from the kitchen to the patient with hot foods still hot, cold foods cold and both retaining peak flavor.

Just a few years ago, conduction was a common way to keep hot foods hot. Heating discs embedded in trays, designed to go under a plate and a bowl, kept those two spots—and only those spots—at temperature. The under-plate heating discs worked only with the manufacturer’s dedicated dishes, designed to fit on the heated circles. It was standard practice for staff to feel the bottom of every tray as it was loaded in the rack to make sure the heating system was functioning. And the system did nothing to maintain temperature in cold items on the same tray, which would typically arrive tepid.

Now, the industry has gone all-out on retherming by convection. Manufacturers and healthcare foodservice directors say it’s not only a superior technology, but can be more cost-effective in the long run.

The secret to convection retherm is a barrier wall in the transport cart between the two halves of each patient tray. In a typical system, heated and refrigerated air fans out to the nonelectrical cart from a separate docking station and circulates gently above each tray. (One manufacturer does offer retherm carts with their own heating and cooling, so no docking station is required.) Plates and bowls may be covered if the goal is to keep hot foods moist, or left uncovered to keep crispy items or roasted meats from getting soggy. The barrier dividing the tray is flexible enough to allow workers to slide trays into the rack slots, but tight enough to keep warmed or cool air from leaking to the other side.

Essentially, each tray becomes a small refrigerated cabinet and a low-heat convection oven. The refrigeration function in the docking station may be either self-contained or remote (air-cooled or water-cooled).

Crews can install docking stations in any well-ventilated nook that has appropriate electrical service. The stations are more compact than they were a few years ago, and the remote refrigeration option means they can be installed in even tighter spaces.

Convection retherm has transformed healthcare foodservice because heating and cooling are done immediately before service on patient floors, not in a faraway kitchen 20 to 40 minutes before meals are delivered. The system has facilitated centralized meal prep for healthcare campuses with far-flung buildings and satellite sites. Meal times and tray rollouts can be staggered, with each 20- to 30-tray cart leaving the kitchen as soon as staff make up the trays and fill the slots. Once docked, meals can be held at temperature for 45 minutes to an hour. (For patients who aren’t in their rooms when the meal is served, one manufacturer also offers a separate small holding cabinet for use on patient floors.)

Convection retherm used to be primarily for hospitals with cook-chill systems, in which trays are typically rethermed for 55 to 60 minutes. This type of meal preparation offers advantages, including the possibility of scaling back FTEs by having just one daily kitchen shift (staff prepare lunch, then dinner, then breakfast to be rethermed the following morning). Hot foods are par-cooked in advance and finish cooking in the tray cart just before service, so they won’t get overcooked or mushy.

But now, convection retherm is increasingly being used for cook-serve foodservice, and even in room service models that offer patients more meal choices. Just-prepared meals are rethermed with a shorter heating and cooling boost cycle (typically 12 to 20 minutes). Each docking station can be used to reheat three or four tray carts per meal, versus the one-to-one ratio of carts to docking stations for cook-chill.

Tricks of the Trade

Initial and ongoing culinary support from the supplier is a big part of what you’re buying with a retherm system. While newer smart docking stations can adjust the cart’s airflow depending on the composition and density of meals, suppliers also offer chefs’ tips to optimize quality (beyond covering plates for moist items and leaving the covers off for baked and roasted foods). Recommendations include serving meats with gravy or glaze, spritzing a bit of water on rice before retherming or placing items like hot toasted sandwiches in special paper-and-aluminum bags. For cook-chill operations that use longer retherm times, the most intriguing feature of retherm carts is their ability to bake small items such as cookies and fruit crisps right on the patient tray. Bakery items arrive fresh and hot, and pleasing aromas enhance the patient experience further.

Retherm experts stress that, whether you’re using a recipe from the manufacturer or modifying one of your own, every meal should be tested before being served to patients.

The manufacturer also can counsel you on how today’s tech options could help you. Some retherm systems now feature real-time HACCP monitoring and recording of temperature conditions on each tray, remote access via a linked laptop, alerts if anything goes wrong and remote programming.

Newer mechanical features include more robust casters and auto-docking systems to make life easier for meal delivery staff. Some manufacturers are even wedding their retherm carts to automated tugs or self-drive robots for distribution to floors. It’s the closest thing so far to patient meals that serve themselves.

When Janice Perry moved to Huntsville, Ala., in the spring of 2019 to become director of food and nutrition at the Huntsville Hospital Health System, the 30-year foodservice industry veteran walked into a major transition that was already in full swing. “We’re in the process of getting a tray retherm system for every floor in the bigger hospital,” she explains. “It’s being done in stages. We’ve just set up two more floors; that’s going to be 10 floors in total.”

Perry is an enthusiastic proponent. “There are so many advantages to doing a retherm system,” says Perry, listing improvements that include maintenance of safe temperatures and HACCP monitoring and recording. However, “Patient satisfaction is absolutely number one,” she stresses.

The patient-feeding system Perry encountered when she arrived at Huntsville was a standard trayline, with food delivered on trays with conduction bases. “The hospital was getting complaints from floors far away; food was being delivered cold even with conduction bases in use,” she says. “Now, hot food stays hot until it gets to the patient, and cold food stays cold.”

The original cook-serve trayline in the kitchen will remain, Perry says, but there will be far more choices for patients.

Perry says everyone on the hospital staff is on board with the rollout, from the corporate suite to hourly workers. The only slowdown was finding appropriate storage areas on the floors to hold the retherm system’s docking stations. Hallways in U.S. hospitals must be 8-ft.W, so that limited the possibilities. “We went to every floor to look for spaces that wouldn’t be in the way of egress for visitors or patient beds,” Perry says. Every potential nook had to be measured to see if it would be adequate for the docking stations’ footprint and for carts to roll in and out. Eventually, the implementation team settled on back hallways near the service elevators on each floor, where some equipment already is stored.

The new retherm system is pretty self-explanatory, Perry says. There have been no issues with staff training or the breaking-in period.

Asked about do’s and don’ts for those planning the transition, Perry says, “Do it all at one time if you have the money. Retherming trays is so important when you’re doing big volumes. It’s worth the investment.” 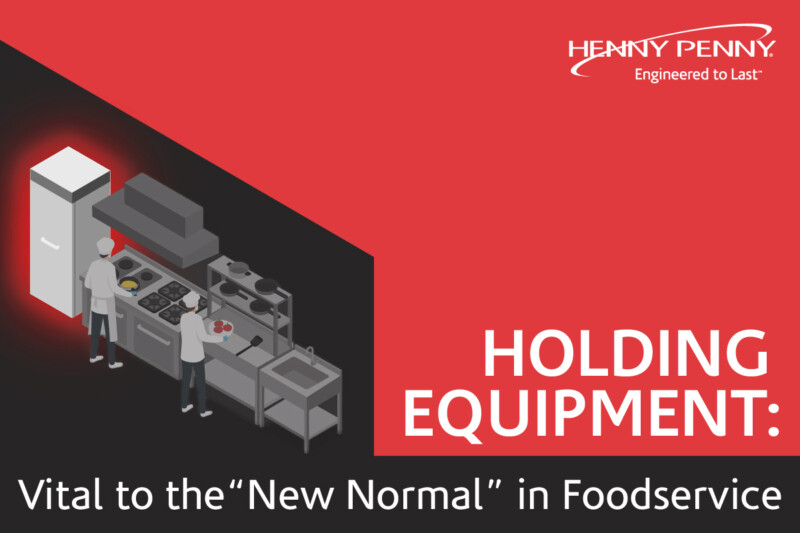 Why Holding Equipment is Vital to the “New Normal” in Foodservice 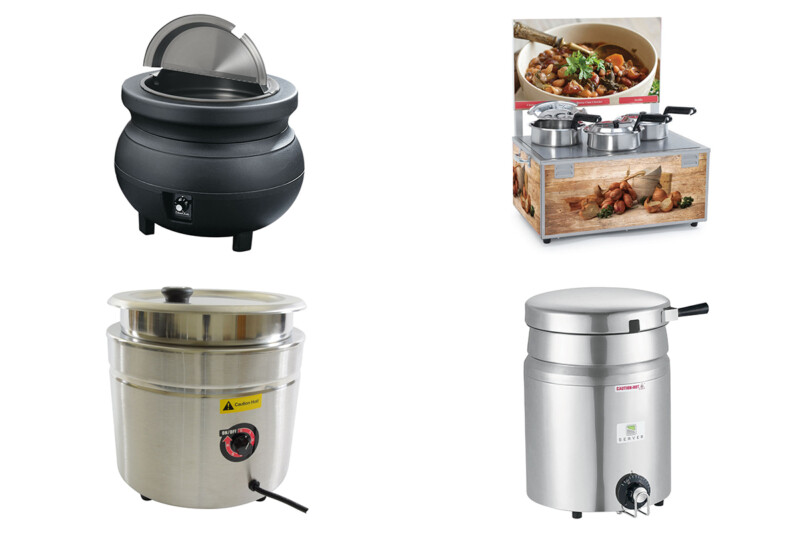 The latest selection of soup warmers for foodservice come in many types and sizes.