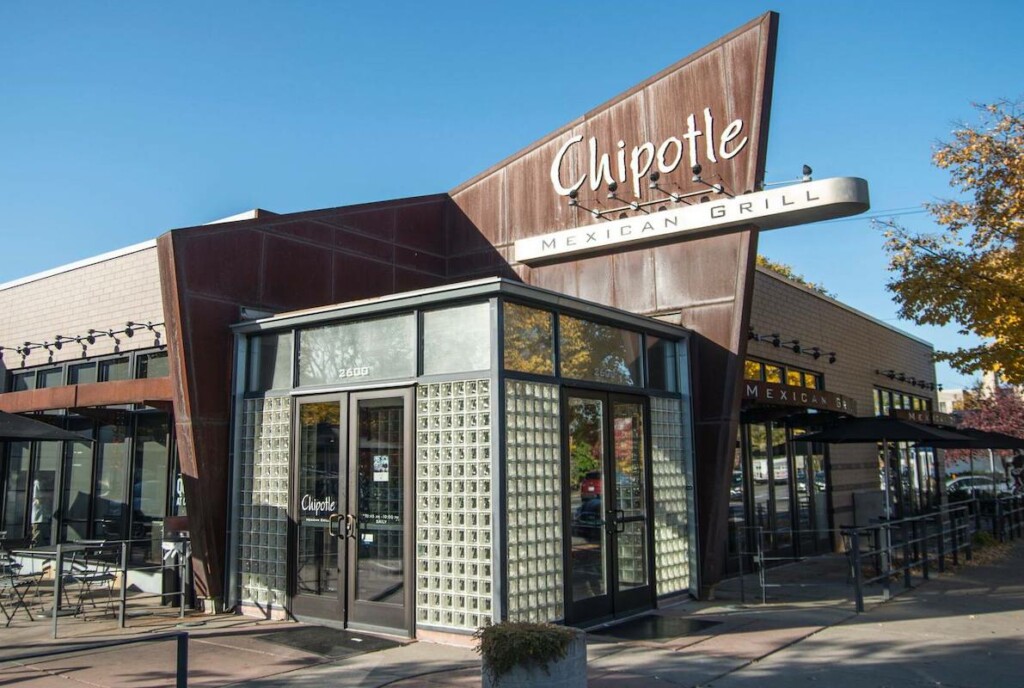 Though many restaurant brands have no doubt expanded their reach through ghost kitchens, some choose to continue to grow the old-fashioned way, even in 2021, with customer-facing stores.

Chipotle Mexican Grill is the latest to share its expansion plans for this year as part of its Q1 earnings report on April 21. The chain shrunk by five restaurants in the most-recent quarter, but it also grew by another 40 for a total of 2,803 restaurants. For the full year, however, they’re anticipating the addition of roughly 200 new locations, depending upon pandemic-driven construction/permit delays.

These expansion plans come as Chipotle, among others, see revenue largely bolstered by digital sales, which accounted for 50.1% of sales in Q1 and grew 133.9% year-over-year in Q1. The company said that a little over half of those digital sales were attributed to order-ahead transactions.

“As vaccines roll out and we get closer to moving past this pandemic, I believe Chipotle is well-positioned for growth,” said Brian Niccol, chairman and CEO of Chipotle, in a press release. “I’m excited about our future as we remain focused on innovating in culinary, leading in food with integrity, and providing convenient access inside our restaurants and through our expanding digital ecosystem.”

Investors and analysts will gain a better picture of Wendy’s performance on May 12, when it reports its Q1 earnings, but the chain has already aired growth plans for the year ahead.

When discussing the brand’s Q4 2020 earnings in March, CEO Todd Penegor talked about the success of its breakfast offerings as well as leveraging technology to meet consumer expectations.

The fast-casual cafe already boasts 940 locations, but its CEO, Charles Watson, said this month that the chain plans to open another 130 stores in 2021.

Twenty-five new cafes already opened in Q1 of this year, when the chain also saw an uptick in sales. The success of limited-time offers (a smoothie and two new Cajun shrimp items) contributed to that growth, company representatives said.

The chain’s very first smoothie shop opened in Destin, Fla., in 1997, and it celebrated the opening of its 600th location in Joplin, Mo., 20 years later.

Other restaurants recently sharing expansion plans in the U.S. include: