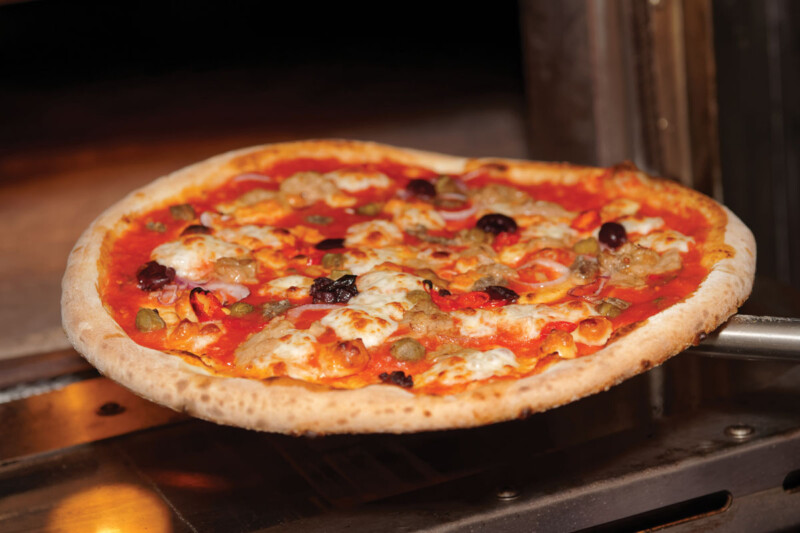 Deck ovens are simple in design and don’t require extensive maintenance, but they can be the main workhorses in some operations, like pizza shops, and they come with a high price tag. Follow best practices when caring for them to ensure minimal downtime and a long service life. Gary Petitti, president of Gary’s East Coast Service, and Mark Imes, a service technician with Hagar Restaurant Service, point to typical mistakes they see operators make, and how to avoid them.

Do watch for factors that affect cook time. Service techs often get calls from operators who say their deck ovens are not cooking right, but when the techs calibrate the ovens’ temperatures, all is A-OK. To discover what is actually going wrong, some techs sit back and watch daily operations for possible end-user error.

“Sometimes people will cover food with foil, but this acts as a reflective barrier that will lead to longer cook times,” says Petitti. “You also can’t put frozen food in these ovens and expect it to cook in the same amount of time as unfrozen food.”

Leaving the doors wide open for long periods of time before placing in the next pizza also will require a longer cook time as the oven has to reach the correct temperature again. Employees sometimes try to compensate for busy periods by setting the oven’s thermostat to its highest temperature, says Petitti. “But by turning the thermostat way up, it’s going to damage components on the burners deflectors and you’re going to waste fuel,” he says. “It’s also more difficult to cool the oven down than it is to heat it up, so you’re likely going to burn some food as well.”

If you’re concerned about the amount of time the door will be open affecting oven temperatures during peak times, Petitti says, consider specifying additional deck ovens.

Don’t ignore planned maintenance. Many deck ovens enclose cooking components in a chamber behind a door on the bottom of the unit and, as a result, techs find some operators neglect regular maintenance. “It’s like out of sight, out of mind,” says Imes. “But over time, lint and other debris will accumulate in the burner chamber and start to restrict airflow and lead to improper combustion, which can start to wear out metal parts.” Beyond scheduled maintenance, periodically open the chamber doors and do a visual check of the burners and make sure they’re not clogged with dust and debris. If they’re clogged, brush them clean.

Do come up with a deck cleaning routine— for flavor’s sake. When food debris sits inside the oven, it won’t affect how it functions, but it will impact flavor. “Some operations like to bake their pizzas on cornmeal, which starts to burn if not regularly swept out,” says Imes. “And let’s say, you start off diligently cleaning that out but after three months, you start to slack off. That debris will cause the pizza to taste burnt and that change in flavor may turn off customers,” he says. “Sticking to a consistent cleaning schedule will ensure you produce a consistent product.”

“I’ve seen people use the bottom door as a step stool and put all their weight on it to reach the higher ovens for cleaning or to reach a pizza box.” —Gary Petitti, Gary’s East Coast Service