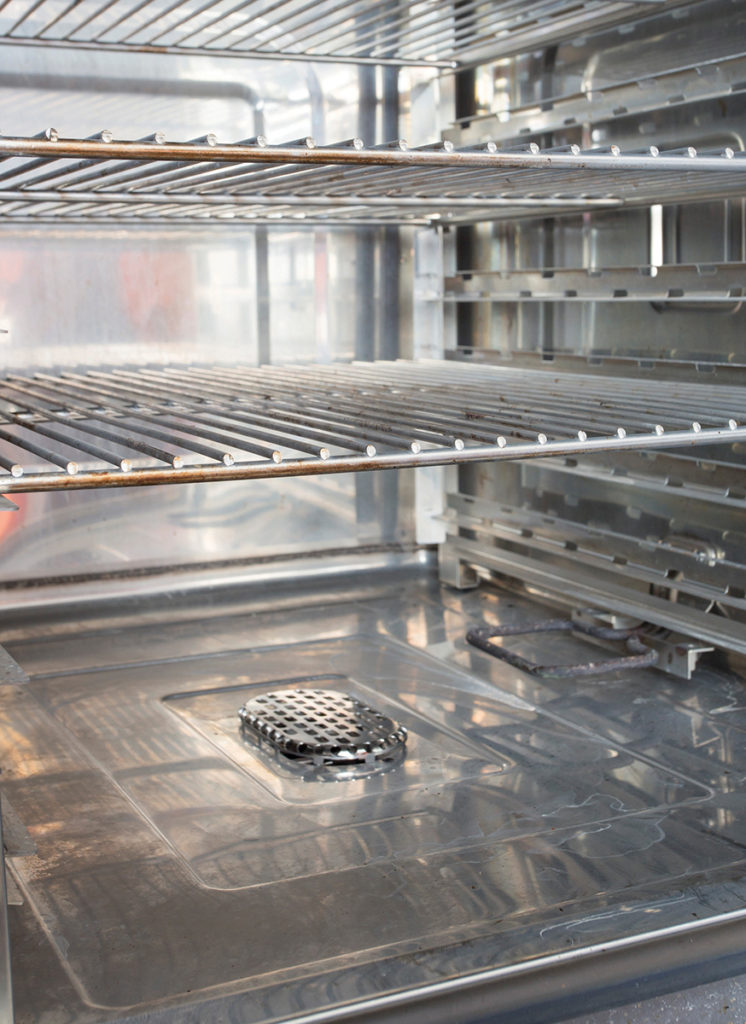 Even new equipment is subject to potential troubles, though usually these problems come up when the people installing the equipment are ill equipped for the job. Michael Wilder, Service Technician at Bromley’s Parts and Service, Little Rock, Ark., is anything but ill equipped for installation; in fact, he’s a top expert. But when he recently installed a new combi oven for demo use at a foodservice show, his expertise was challenged by a crazy fluke.

After a routine and problem-free installation, Wilder ran the unit’s hour-long self-test. Suddenly, water began pouring out of the front cavity, an area that usually houses detergent for the cleaning cycle. “Everybody around me setting up their booths just stopped and watched me flood the booth I’m in,” Wilder says. He immediately switched into damage-control mode. “Next thing, I’m running back and forth across the convention show floor, dodging tables and booths to try and get to the water access,” Wilder explains with a laugh. After finally getting the water turned off, Wilder began his diagnosis. He checked out all the usual suspects and found no defects. Wilder hiked back across the convention floor and turned the water back on for a second run, hoping that it was just a small hiccup. To his horror, water began to spew out of the front cavity again.

“At this point, I’m embarrassed and I’m freaking out,” says Wilder. “So, I call the manufacturer’s technical support. They can’t believe what I’m describing is even possible.” Technical support repeatedly suggested it was a faulty drain valve, but Wilder was confident the drain valve was functioning perfectly—he’d checked it.

Wilder reasoned that since the drain valve was working properly, something else must be causing the water to backup. The amount of water flushed during the combi’s self-test was pretty forceful. So, Wilder decided to gently flush the system by slowly pouring a small, manageable amount of water into the combi chamber drain. After about 15 of these lighter flushes, Wilder had found his problem. Several pieces and shavings of PVC or plastic must have fallen into the drain hose during manufacture. The force of the self-test water flush compacted the plastic into a blockage. “With the lower-velocity flushes, the pieces finally bubbled their way out,” he says. Luckily, Wilder solved the problem before the show opened. Thanks to his expertise, he knew what to check and could rule out the usual culprits to the point where he understood something really odd was going on. In rare situations like these, you want to be able to lean on professional service technicians who work on these machines regularly.