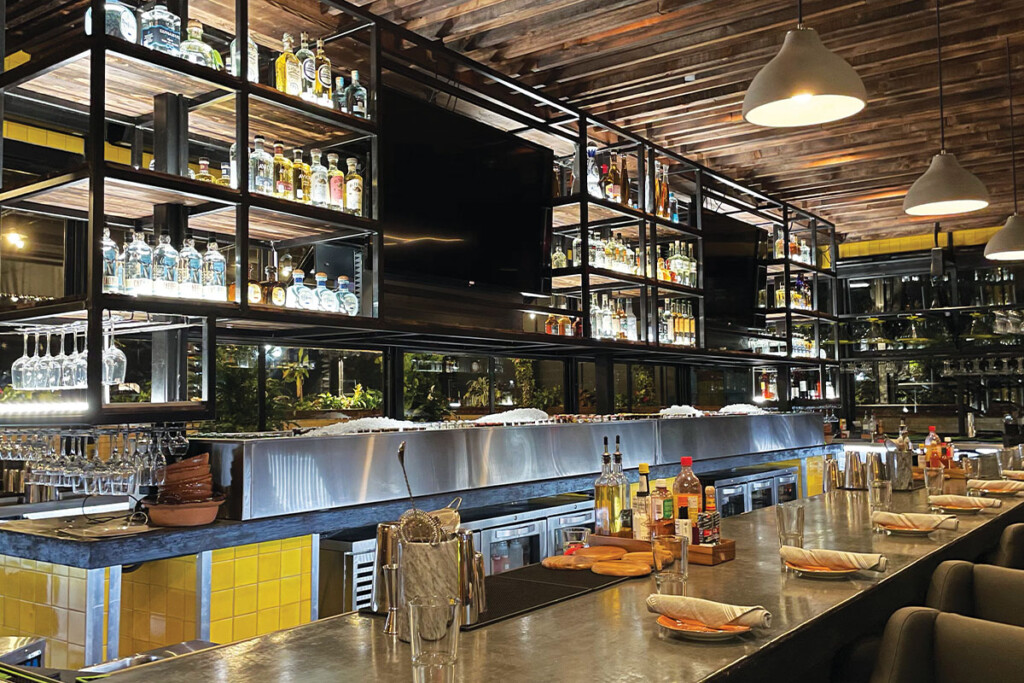 Upscale Mexican concept Vidorra’s first location in Dallas featured a center bar island with an ice trough running the length of it to hold bottled beer. The ice trough offered visual appeal, but it required constant refilling by employees. In summer, the trough used so much ice that the restaurant had to add four extra ice machines to keep up.

When Vidorra executives were making plans for the second location in Addison, Texas, inspiration struck.

“Owner James Faller and his long-time employee Mary Anderson called me while they were sitting at the original Vidorra’s bar,” recalls Sean Hawkins, business development executive for Kirby Restaurant and Chemical Supply, Longview, Texas. “They said it would be super-cool if ice was ‘raining’ into the trough for the new Vidorra. They asked me if we could figure that out for the new location.”

The answer, of course, was “yes.” Ten months later, the Kirby team, which also designed and installed Vidorra’s kitchen, was on-site to set up the ice system that would automatically drop ice from the ceiling into the bar’s 22-ft.W x 3-ft.D custom insulated trough. The system includes two ice machines, each with 1,200 lb. per 24-hour capacity, and technology that can automatically dispense ice from a remote location. Bartenders can control the remote on-off switches at each end. 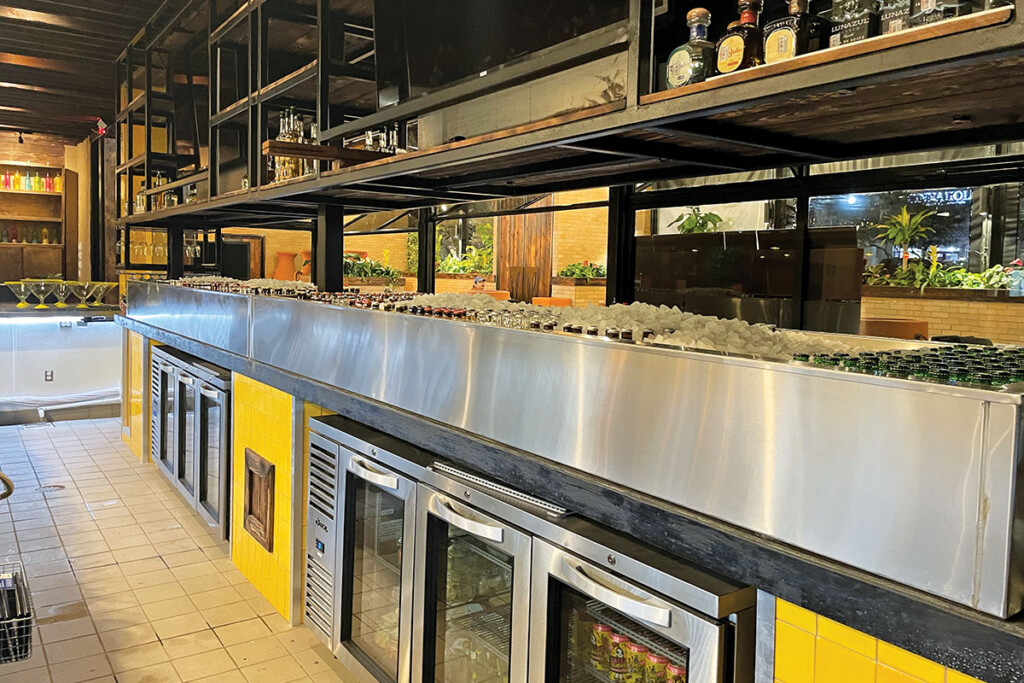 To ensure ice cubes spread out rather than mound up, the team came up with the idea of Plinko game-type boxes, hidden behind the bar’s flat-screen TVs. Cubes fall through insulated tubes, entering the box at the top. Ice bounces off a series of stainless bars inside the box, and come out in random spots below. The result is a more even filling of the trough, with minimal ice mounds.

An early test-run revealed that cubes hitting stainless bars could be loud. To fix that, Hawkins wrapped the boxes in sound-deadening material.

“The units work like a charm,” Hawkins reports. “No barbacks have to take the time to fill up the trough in the morning or throughout the day, additional ice machine leases were not required for the customer, and to top it off, guests now have a unique aesthetic happening while they are dining or drinking at this concept.” 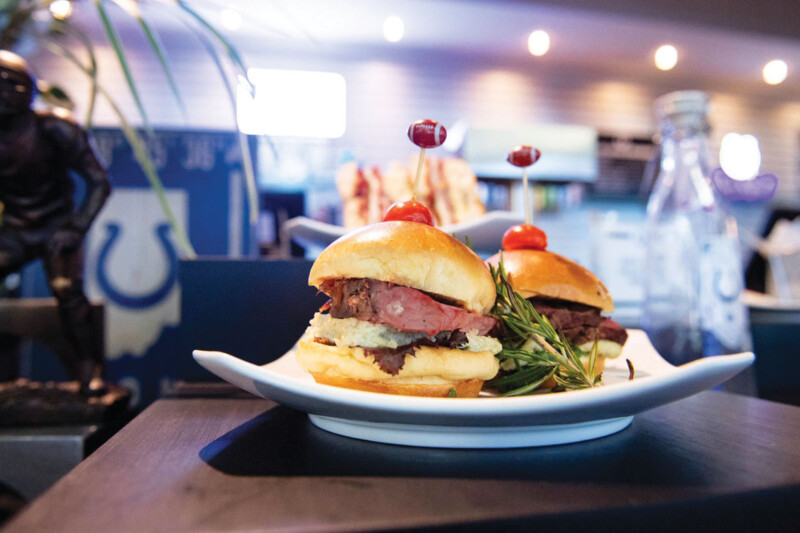 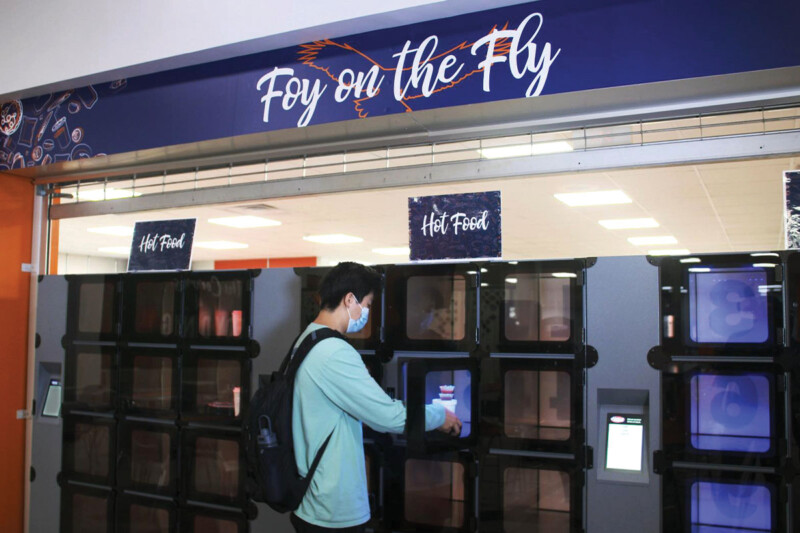