To combat the chicken wing shortage, Wingstop, one of the latest national restaurant brands to test a virtual-only concept, has launched a thigh-based brand called Thighstop. 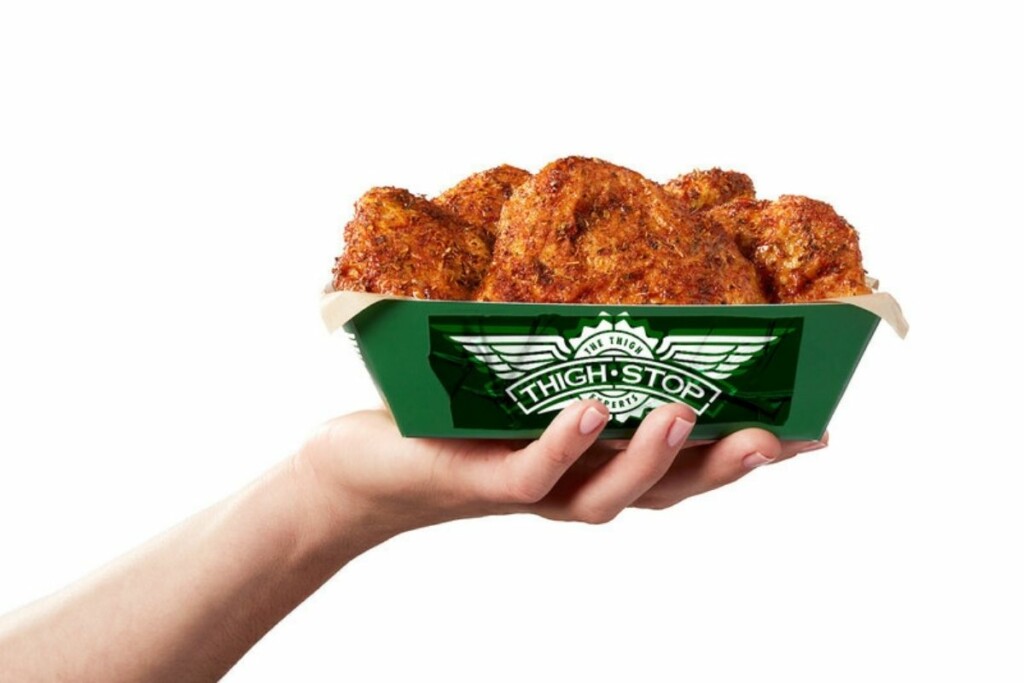 In light of the recent chicken wing shortage, national restaurant brand Wingstop decided it was time to expand its offerings to thighs, coining the online-only concept Thighstop.

As the nation’s economy reopens, poultry producers have seen an uptick in demand for chicken from consumers and an increase in fast-food chains adding chicken sandwiches to their menus, resulting in wing shortages, explains The Washington Post. America’s third-largest poultry producer Sanderson Farms told Fox Business the company is unable to supply enough wings to any foodservice or retail location, ending each week 15 loads short.

Wingstop, a brand predominantly dependent upon the presence of chicken wings, found a solution to the shortage—Thighstop.

After testing the sale of chicken thighs in seven markets for several months, Wingstop launched Thighstop yesterday in more than 1,400 locations. Thighstop will operate out of Wingstop locations similar to a ghost kitchen and is available direct-to-consumers nationwide via its exclusive delivery partner DoorDash.

Despite a major offering change, no material alterations were made to existing operations, except for a single smallware addition, Wingstop Director of Public Relations Megan Sprague explained to FER in an email.